What Happens To Personal Injury Awards In A Divorce?

Home What Happens To Personal Injury Awards In A Divorce?

Are personal injury awards considered as marital assets during a divorce? If it is, the amount will have to be distributed equitably between the spouses. If it isn’t, the injured spouse alone is to benefit from it. So what is the final answer?

Personal injury awards are usually not considered to be marital assets. Therefore the amount of the award will not be distributed among the spouses. Instead, the injured spouse will get to keep it.

But the general rule does not apply always. More often than not, cases complicate themselves. One such occurrence is when the personal injury award is itemized. If it is itemized, the non-injured spouse may be eligible for a portion of the award. The items relevant to the marriage and those for loss of consortium may be up for grabs. 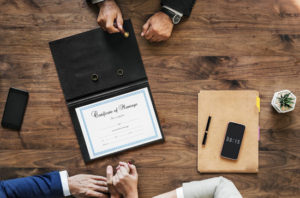 Also if the expenses during and right after the injury will also need to be considered. If marital funds were expended because of the injury, there might be a division applicable. The personal injury award may be divided among the two spouses in such a case.